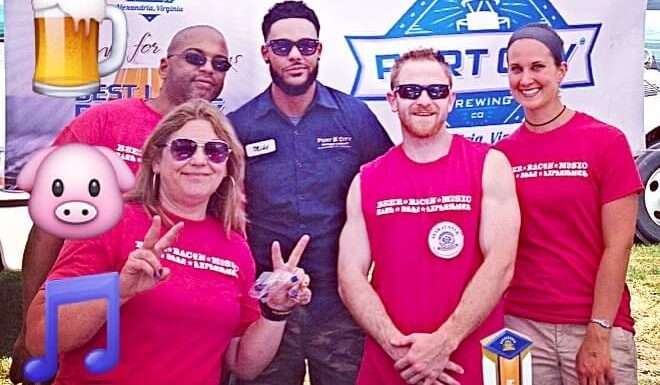 Chiropractor AND beer pourer? My adventure at the Beer Bacon Music fest in Frederick MD

On Saturday, May 16, 2015, the Frederick County Fairgrounds hosted the second annual Beer Bacon Music Festival from 12-5.  The title of the event is pretty self explanatory- there were over 150 beers to sample from 60 breweries, tons and TONS of different bacons to try, and great music.  Not only was it an awesome time, but the proceeds from the event went to benefit local Frederick charities.

Though I am a chiropractor located in Frederick, my relationship with the Frederick community does not end at the end of my work day.  I was born and raised by this town, and I have such a huge passion for giving back and helping my Frederick community.  When I heard about the chance to volunteer at the Beer Bacon Music fest and to help raise money for charity, I couldn’t help but say “heck yes!”

This was my first time helping out with the Beer Bacon Music Festival, but I promise you it won’t be my last!  I had a great time representing the Port City Brewing Company, and I learned a lot about the different beers they make in Alexandria, VA.  I not only learned how to tap a keg, but learned about the do’s and don’ts of beer pouring!  In addition, I got to meet a bunch of great new friends, try different types of bacon, listen to great music, and raise money for the town I love.