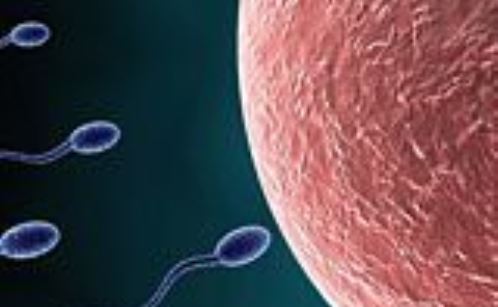 Sperm Cells and Cell Phones: A Warning for the Guys

There is no doubt that cell phones have made a major impact on our daily lives.  Aside from having the ability to communicate with anyone in the world, smart phones provide a world of knowledge right at our fingertips (and not to mention all of the fun games we can play on them…).  But is this convenience coming to you at a cost?

Before today, you probably wouldn’t think twice before putting your cell phone in the pockets of your jeans.  After all, it is quite a convenient place.   How else are you supposed to carry it with you wherever you go?  Satchel?   Good joke, I know.  Well after reading this post, I hope you reconsider how you choose to carry this device.

Every cell phone emits radio frequency electromagnetic radiation.  This “radiant energy is absorbed by human body tissues and organs,” and has caused recent questions regarding the effects that this radiation has on our different body parts (1).  Since cell phones are frequently stored in the pockets of pants and inconveniently close to the “family jewels,” recent research has targeted the effects of cell phones on testicular function and sperm quality.  The findings are quite alarming.

Note:  The following information came from a variety of studies (taken from a literature review), and includes studies of a few minutes of cell phone exposure to a few hours.  The studies concluded that as cell phone use increases, the negative effects on sperm also increase (ie. the longer your phone is near your testicles, the worse off your sperm are).  Cell phone use of less than an hour a day can even have negative effects on sperm quality.

Viability is the ability of the sperm to be alive and maintain its own life.  It is the liveliness and survival of a sperm.  If a sperm has decreased viability, the chances of its survival are low.  Think of decreased viability as sick sperm- if they were to come into contact with a challenge (ie a treacherous trek through the acidic vaginal environment), they would be the first ones to die.

Motility is the ability of the sperm to move towards the egg.  Studies investigating cell phone radiation have shown sperm movement to decrease, to swim in odd patterns, and to swim slower than normal.

Morphology of the sperm is its size and shape.  Cell phone use has been shown to significantly alter sperm, especially reduction in sperm head size.  Additionally, cell phone radiation changes part of the sperm head, which makes it impossible to implant in the zona pellucida (outside layer of the egg).  This makes fertilization impossible.

Cell phone radiation causes a change in the chemical compound in the body, which can take the form of extra oxygen molecules.  These molecules need electrons to become stable, so they steal them from other cells.  When this happens in the testicles, there is damage done to the DNA and membrane lipid of the sperm.  This can lead to reduced count, motility, morphology, and viability. 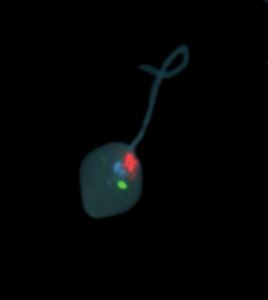 This is the amount of sperm contained in the ejaculate.  A 2005 study found that “men who carried a mobile phone in their hip pockets or on their belts had a lower sperm concentration than men who either did not carry a mobile phone or who stored it elsewhere in the body” (1).

Long-Term Effects of Cell Phone Use on Sperm

More research is needed to accurately assess the long-term side effects of cell phone use and sperm, but one study suggests that long-term cell phone exposure “may lead to behavioral or structural changes of the male germ cell [sperm cell].  These effects may be observed later in life, and they are to be investigated more seriously”(2).

How to Protect Your Testicles, Sperm, and Manliness from Cell Phone Radiation

2.     Buy a protective cell phone case- like the ones shown below.  They can reduce the radiation by up to 95 percent!

If you are curious about the state of your sperm, you can make a visit to your local fertility clinic and have a sperm analysis performed.  The sperm regeneration cycle takes about 72 days to complete, so keep that in mind if you’re tracking your cell phone use and sperm quality.  There is also an at-home test for sperm quantity if you’re curious about your numbers (but not curious enough for a visit to the fertility clinic).